The Macarena to Mary

As is normally the case one of my busiest weeks of the year clashed with the Mulga Springs seeding program resulting in one of those times where the phrase “we’ll just have to get through it” was muttered several times by all involved.

While Wifey was in the tractor my week was dominated by the Australian and New Zealand psychiatry conference being held in Perth. A combination of long hours for both of us plus a barrage of dinner meetings for me and the ever present OBOS (one bar of signal) on Wifey’s phone meant our conversations were few and far between although when they did occur they were not without humour.

Me- “Who broke what this time?”

Wifey- ” Not sure but the boom spray has (expletive) itself and you would need to be a NASA certifiedtechnician to work the GPS at the moment, to be honest it’s doing my head in”

We did manage to use FaceTime once which was good for ZCP as for whatever reason seeing my face helped calm him down amidst a mega meltdown and made me feel like I had done at least one constructive thing from a parenting point of view that week.

As keen as I was to get home the fact my last meeting finished a few hours before the Dockers played Geelong in Perth was too good an opportunity to miss. Thecontest took on even more significance based on the fact it was Mathew Pavlich’s 300th making this a must see match. Accompanying me to this momentous occasion was my best mate who took footy fan commitment to another level by flying in from Myanm r where he is working just to catch the game.

Less than 12 hours after cheering Pav off Subi oval with 30,000 other adoring Dockers fans the reality of being a Farmer’s husband struck with avengence as Wifey and I had just about enough time to reacquaint ourselves with what the other looked like before she headed back to the tractor.

Seeding had not been going well during the time I was away with the inevitable frustration of breakdowns beingadded to by the inability of some muppet at a machinery dealership on the east coast to courier the right part over to get the New Holland going. The inevitable long hours that are part and parcel during this time of the year take their toll on everyone and I have to admit I have struggled more this year in my role as a ‘seeding widower’ than in the past.

At this point it would remiss of my not to give TJ anhonourable mention for putting in as many hours as anyone at Mulga Springs over the last two weeks including her own attempt to fix the ‘kaput’ tractor.

It was two extremely candid conversations, one with a very close friend of Wifey’s and another with MIL that led me to ask the question “As a farmer’s husband, is itunmanly to complain during the busy times of the year?”

The first conversation occurred during one of ASH’s ballet classes where the friend in question asked how seeding was going. Despite my best efforts to keep the answer positive I obviously failed miserably with Wifey’s lovely friend who was actually a bridesmaid at our wedding saying “It’s ok to whinge about seeding, we all (meaning other farming wives) do it at some point”. Now on face value this would appear to be some very sound advice from one farmer’s spouse to another however as a male I found myself thinking ‘you just need to toughen up princess, after all Wifey is the one actually out seeding’.

A chat with MIL in the kitchen at Mulga Springs confirmed the view that while it is okay to complain don’t ever expect anything to change. Oddly I felt better when my Mother in law quite simply said “I hardly get the chance to talk to Kissa during seeding”. This echoed how I was feeling as to my mind Wifey and I hadn’t had a decent conversation for what seemed like weeks, although by virtue of a ‘tractor date’ this was all about to change. 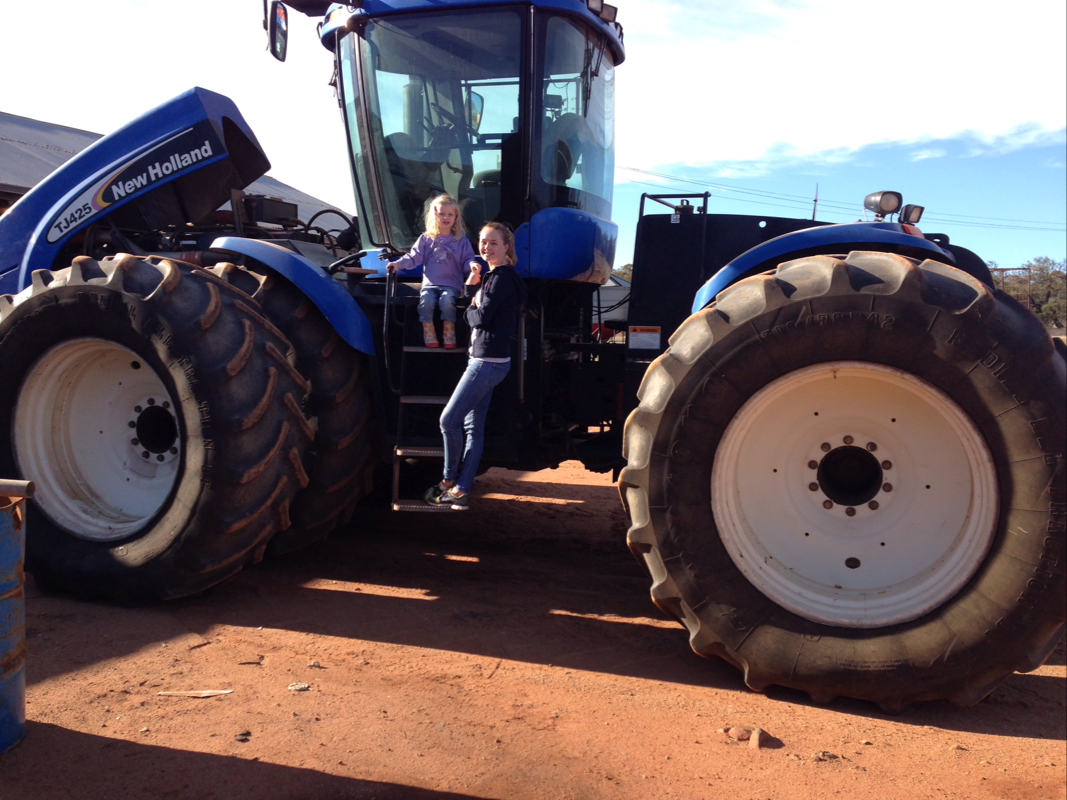 Even TJ and ASH had a go at fixing the tractor. Nice of New Holland to name it after our Au pair! 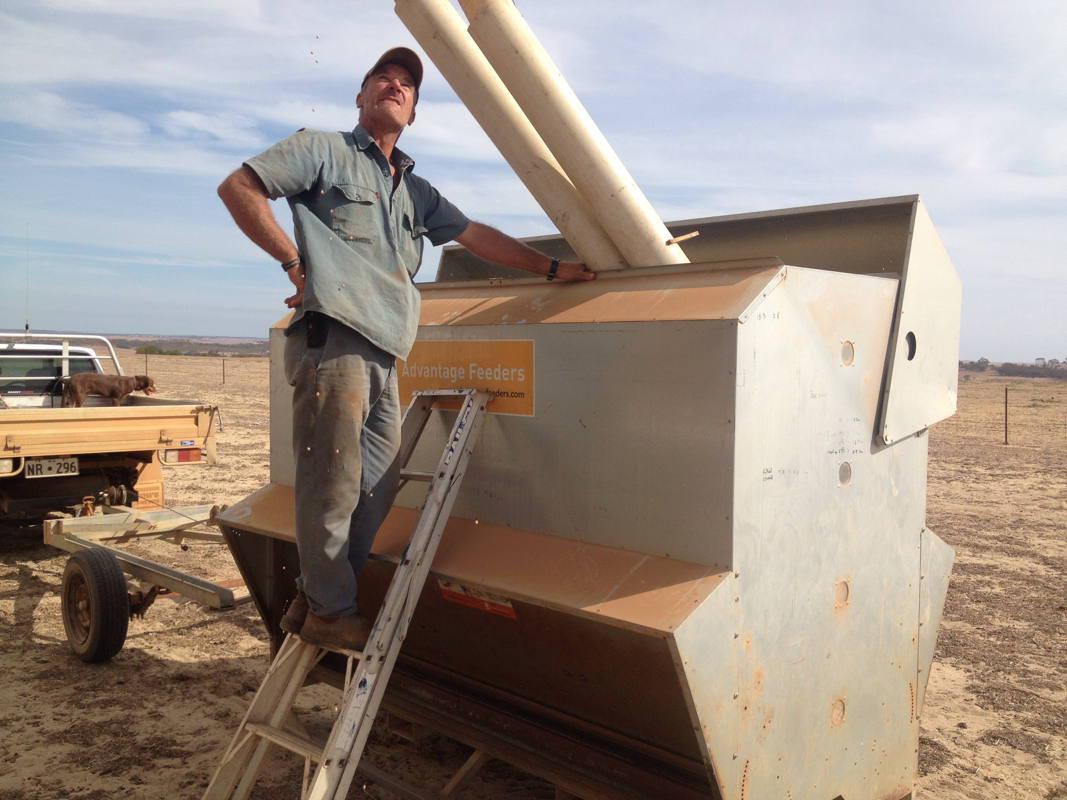 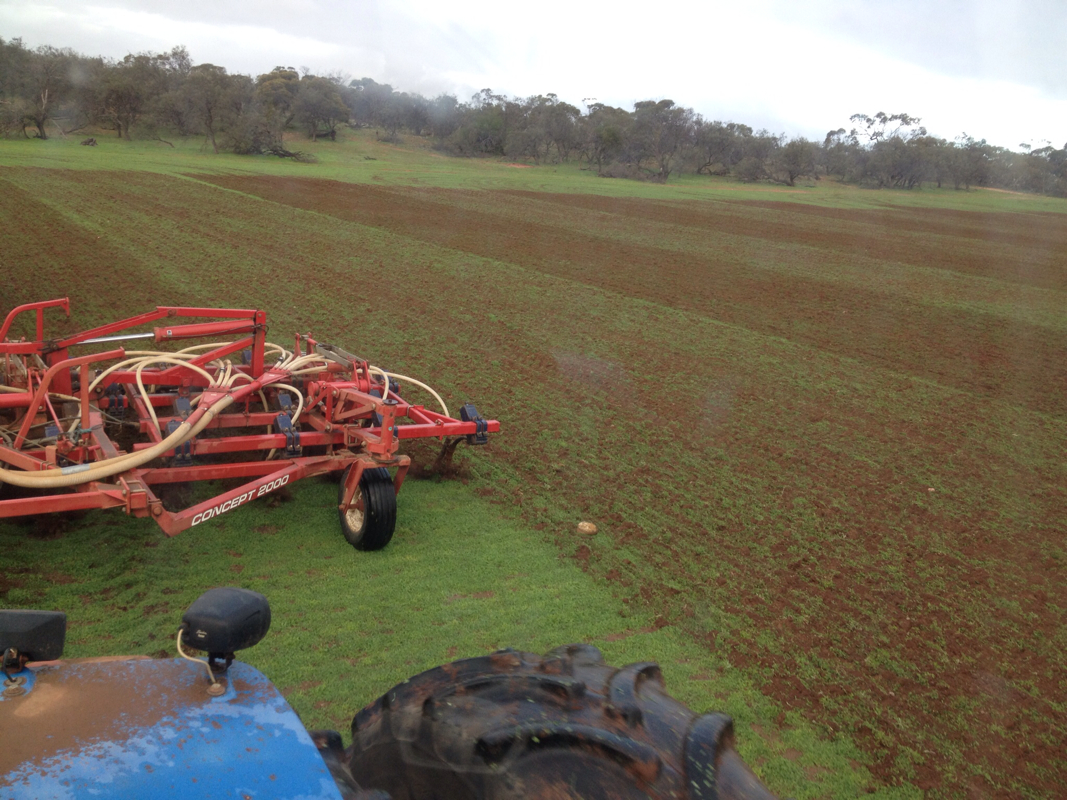 Seeding when the tractor is working! 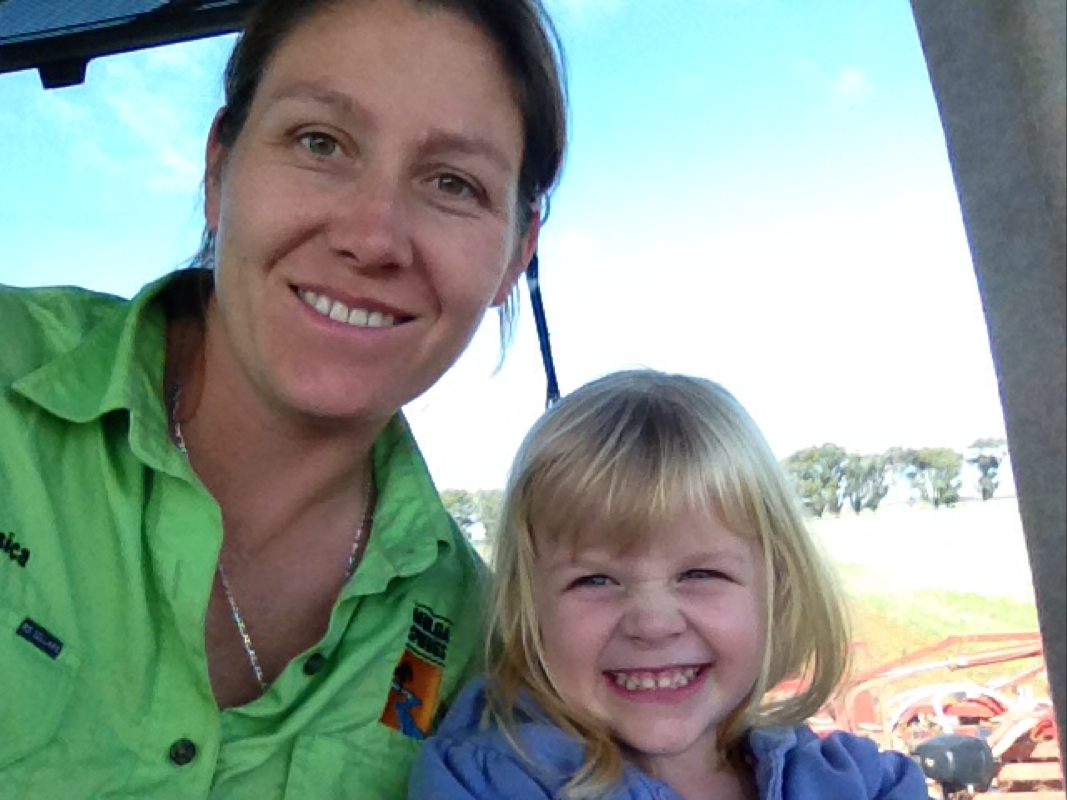