July at Mulga Springs sees lamb marking, crop spraying and the odd rain dance take centre stage so while for the most part these activities have kept Wifey busy she did manage to find time to explore a possible new career path one afternoon on the back verandah.

Now just as my sojourn into the fashion industry was somewhat unexpected I can’t imagine Wifey ever thought being a barista and inventing a new if not somewhat expensive type of coffee would ever be on her radar. This moment of creative genius came about while trying to peel ZCP a mandarin with her phone balancing on one leg, the peel from the mandarin on the other and a cup of coffee being held between her thighs.

In one of those moments which events take place in slow motion (although not slow enough to stop them) Wifey’s iPhone slid off her leg straight into the full cup of coffee sparking a not insignificant degree of panic and distress from my lovely other half.

While I should have kept my mouth shut I couldn’t help saying “wow babe, that’s impressive you just invented the iLatte”.

As you would expect the phone in question never recovered from it’s caffeine close encounter due mainly to the lack of the “Kevlar-like bomb proof phone cover” I mentioned in a previous post and that Wifey had removed earlier in the day.

Despite the obvious inconvenience this story did have a mildly amusing ending when Wifey put her sim card in the new phone we sourced for her, not since Eddie Murphy was interviewed on Oprah have I heard so many beeps in a short space of time as message after message was retrieved.

For those of you without a farming background lamb marking is basically a comprehensive OHS process to ensure the long term health and safety of young sheep. Our good friends at PETA have spent a considerable amount of time and money demonising mulesing which is one part of the process however ‘marking’ also includes vaccinating the lambs against disease (shocking I know, how could we) and tagging them so they are easily identifiable.

This time of year also enables Kissa and Wifey to calculate lambing rates and assess what percentage different mobs of ewes are achieving around Mulga Springs. As with any sheep work the more the merrier in terms of getting the various jobs done so it was great that one of KK’s daughters helped out and that TJ even put her hand up to get involved. My involvement was limited to helping setup the mobile sheep yards which sees me have to employ what little muscle I have and trying to avoid Kissa jamming my fingers in the railings although he swears blind it is always an accident….

Before moving on I just want to expand on my comment related to PETA. I think some of their crusades are extremely noble and I wholeheartedly support activities such as enlisting former Baywatch babe Pamela Anderson to stop a Chinese airline couriering monkeys to be experimented on in US laboratories however not all their efforts are so well directed.

If it is animal cruelty PETA is concerned about I would invite their organisation to come and see how much pain and suffering a flyblown sheep goes through and realise that it is preferable for lambs to undergo a procedure which takes seconds and where anaesthetic is used rather than risk the possibility of flystrike.

Obviously PETA and the agricultural industry need to work in partnership on a number of issues however as long as they focus on sensationalising the small minority that are doing the wrong thing and therefore negatively effecting the vast majority who are doing the right thing all PETA is ever going to stand for in farming circles is Promoting Economic Trauma in Agriculture.

In terms of what else has been going on around the place Wifey is making good progress in her attempt to gain one of the much sought after Nuffield scholarships (or as I now call them after the coffee/phone incident the Nescaffield Scholarship) with an interview taking place next week. In other on-farm news AWI Ltd (Australian Wool Innovation) have chosen Wifey and Mulga Springs to feature in one of a series of videos to promote the Australian wool industry overseas. This is a fantastic opportunity to demonstrate all that Kissa and MIL have achieved over the years and show what Wifey has done and will do to keep the business moving forward. It also begs the question as to whether or not another spray tan may be in order before filming starts….

Off-farm there has been a bit of a World Cup focus with TJ and I getting up ridiculously early to watch all the German games and managing to only wake Wifey up once with our celebrations. Over the years I have gained (not unfairly) a reputation for jumping on numerous bandwagons and this was no exception although in fairness I did have a bit of cash riding on Thomas Muller winning the Golden Boot (highest goal scorer) which kept me more interested than I may have otherwise been. Unfortunately Thomas didn’t go home with the chocolates but his team’s win did facilitate us celebrating with some exceptionally good German beer and an amazing dip that TJ made from scratch.

With the next few weeks likely to see us more under the pump than a one armed barmaid during happy hour I am not sure when I will next get the opportunity to blog next so I hope you enjoy this post and the plethora of photos below. 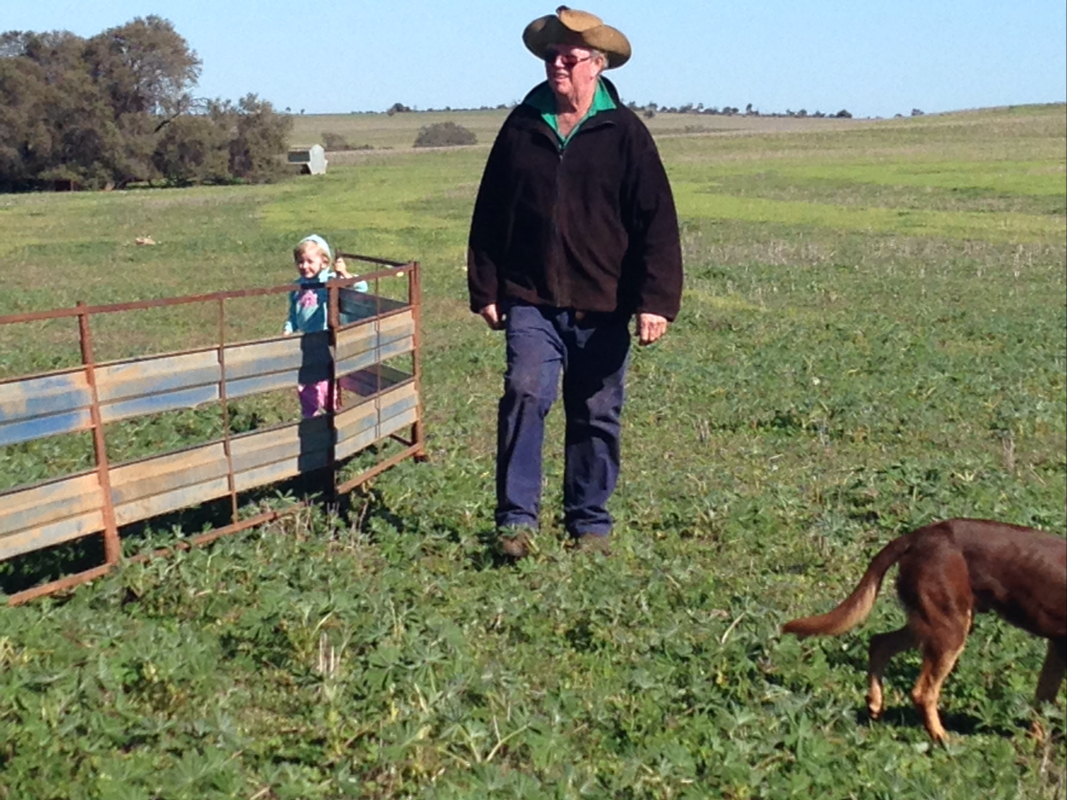 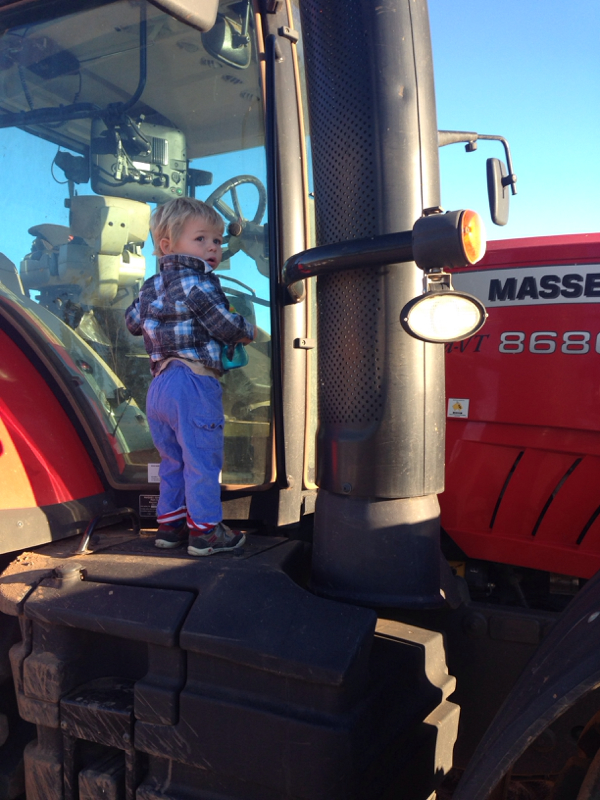 “Mum, everyone else has had a go at fixing the GPS, can I have a go?”

“I don’t know what your whinging about Dad as at least Granna only squashes your fingers…..”

“Geez, this shifting paddocks is hard work. Can you hurry up Granna it’s almost smoko” 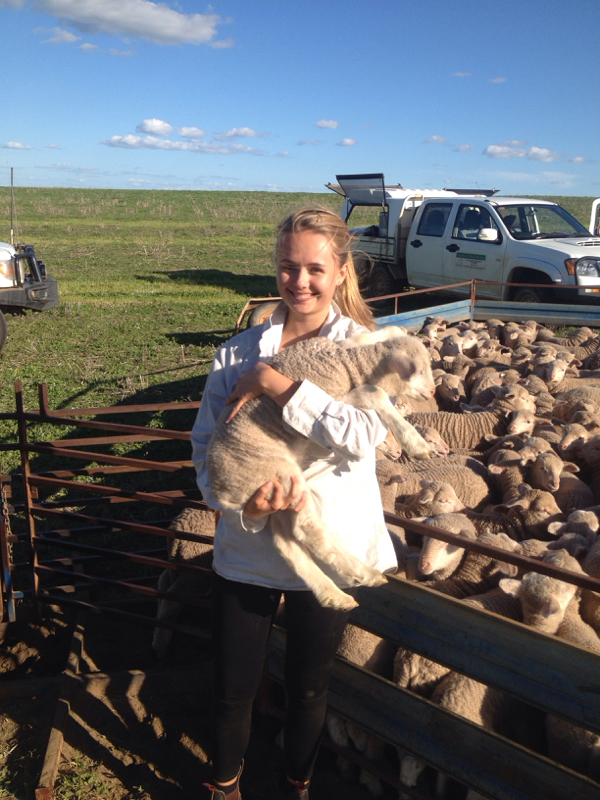 “These lambs are a lot easier to look after than your kids!!” 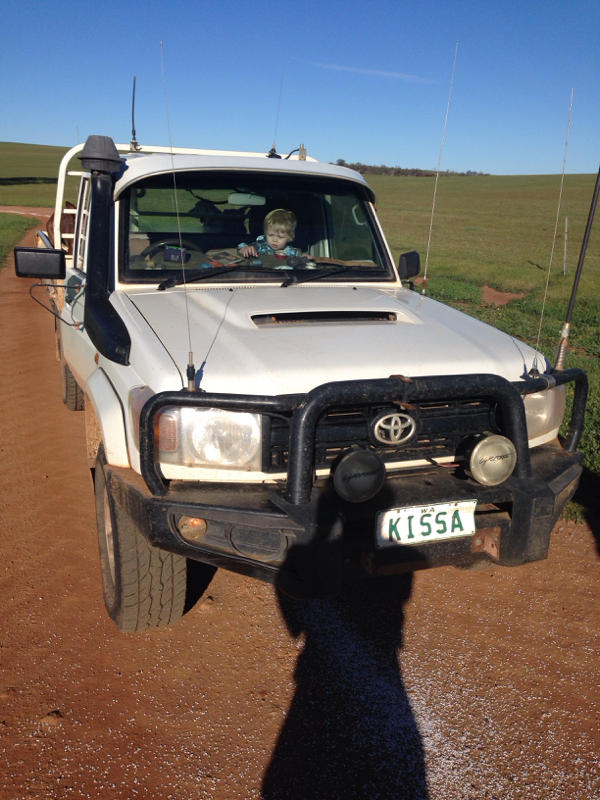 “Now where did Granna put those keys…..? Oh that’s right they’ll still be in the ignition”