A smorgasbord of sheep.

This post will probably be the last one that features TJ in the role of our au pair although Wifey and I sincerely hope this is not the only time she will spend with us in Australia. Undoubtedly anyone who has had anything to do with TJ during her time here will think the same as she really has become an integral part of our family and words cannot express how much she will be missed.

While it was sometime ago I wanted to mention TJ’s 21st birthday party at Mulga Springs as it was a truly wonderful day and something that will hopefully give TJ a unique memory of her time here. MIL and Kissa set up and decorated one of the most picturesque spots on the farm as the venue and with the over supply of food and drink that goes hand in hand whenever the extended Hasleby/Horstman family gets together we had a cracking afternoon.

KK and his girls were also in attendance as were two other German au pairs who had a glimpse of what a day in the country can be like and a crash course in some other aspects of farming in general.

Interestingly enough TJ has requested that her going away party come in the form of a camp oven at Mulga Springs which to me shows that this young woman all the way from Germany would be quite happy living on a farm. Funnily enough based on the amount of attention she has received during “Show Season” I have no doubt there would be more than one young farmer in the district happy to oblige her on this point.

The Nuffield journey which for a month or so took up so much of our lives is over for now as Wifey was unsuccessful in winning one of these much sought after scholarships. In a way it was what I had expected having been there to meet Wifey after she finished the final interview and emerged a bit emotional from what had again been a very intense 20 mins.

On hearing that as in the first interview Wifey had become upset when asked questions about being away from ZASH for so long I knew that not only she probably wouldn’t get one but also that for us that would be the right decision. Undoubtedly the Nuffield organisation takes it’s duty of care to the businesses and personal lives of applicants as seriously as it’s responsibilities to corporate sponsors and as a husband and father I thank them for that.

While I have been described in the past by some people as a little arrogant I am not even beginning to suggest this is the only reason Wifey didn’t win a scholarship however I do think it contributed. On reflection while Wifey is a fiercely competitive person and was obviously very disappointed on receiving the news it didn’t take us long (i.e. three Coronas each) to realise on balance this was probably not a bad outcome for us as a family.

While this marks the end of a chapter in our Nuffield journey I have no doubt the book itself is still open with many pages yet to fill.

As promised in earlier posts you will find attached a link to the video that our friends from AWI produced in relation to Wifey and Mulga Springs. I previously mentioned that Ari and Kieren were certainly the kind of people we would like to see again and somewhat fortuitously we had this opportunity sooner than expected in the form of a

lunch with Kieren and his lovely girlfriend in the Margaret River region.

Interestingly enough it was beer not wine that featured as the beverage of choice with the exact location of our meeting being the Duckstein brewery on the grounds of Saracens winery, Wifey and I thought a German themed micro brewery would be a nice reminder of home for TJ although to be honest we could have had a Venezuelan au pair staying with us and it wouldn’t have changed the fact we were going to this particular establishment. In TJ’s very informed opinion from a German cuisine point of view the sauerkraut was up to scratch although the schnitzel was somewhat lacking and the pilsener more than drinkable.

The highlight for me was undoubtedly the fact I got Kieren to drink a beer other than Emu Export and with him having a couple and me having several we had a very enjoyable catch up. I am sure the lunch also served the dual purpose of an effective method of birth control owing mainly to ZCP’s valiant attempt to overturn every unoccupied chair in the place and deposit ASH’s favourite toy in the thankfully fake open fire.

While I would never presume to be, or for that matter want to be a food critic I will mention one more restaurant we ate at while down south that exemplifies that much maligned and somewhat contradictory culinary experience of family friendly fine dining.

If you have young children, find yourself in the Margaret River region with a spare afternoon, some spare cash (it isn’t cheap) and a yearning for a fine dining experience that you haven’t had since arrival of aforementioned young children I would highly recommend Will’s Domain. If you do as I did you may find yourself sipping on a somewhat sensational Shiraz while anticipating your next mouthful of flawlessly cooked dry aged butterfield striploin all the while watching your children entertain themselves on the sort of playground the designers of Disney world would struggle to emulate.

As Kevin Costner once said “build it and they will come” or was that Noah? Regardless of whether it was a washed up actor or a washed up actor playing a biblical figure the moral of the story is if you build a playground at a fine dining restaurant with a breathtaking view and create a child friendly atmosphere “we (young families with disposable income) will come”

As a disclaimer I would like to say that while down south we did do activities other than going to restaurants not that this was reflected by the number the digital scales flashed back at me on our arrival home.

The link to the AWI video I have been promising, I am quite obviously bias but I think it is pretty amazing, 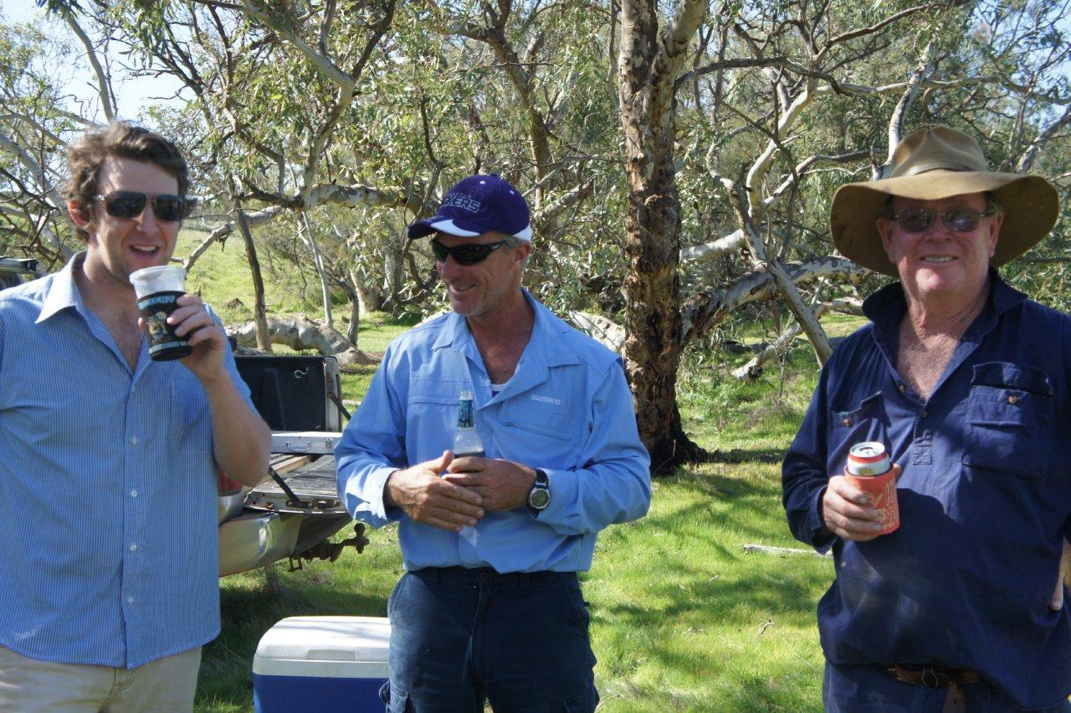 The brains (or is that beer) trust…? 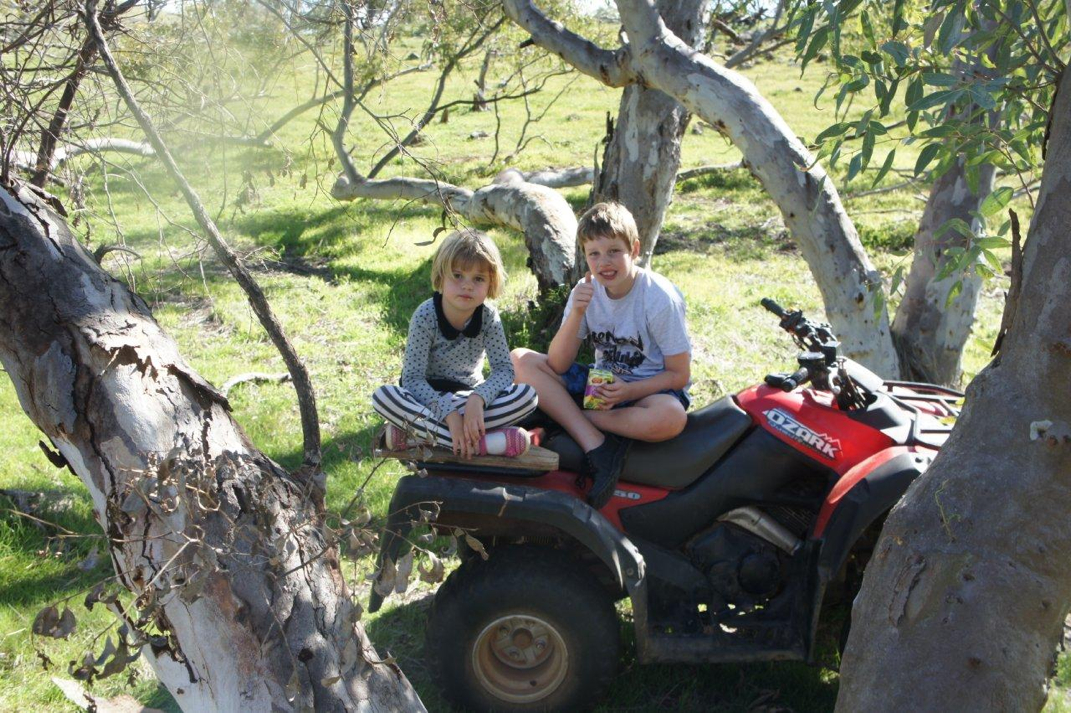 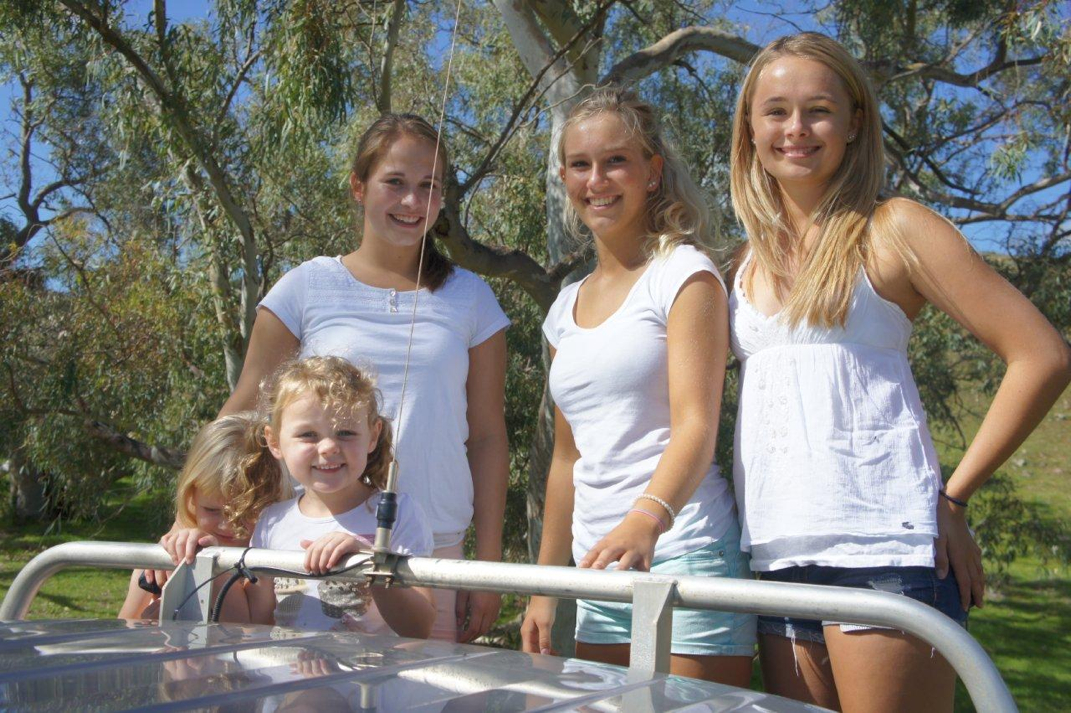 ‘Ze Germans’, one of my nieces and a shy (that makes a change) ASH. 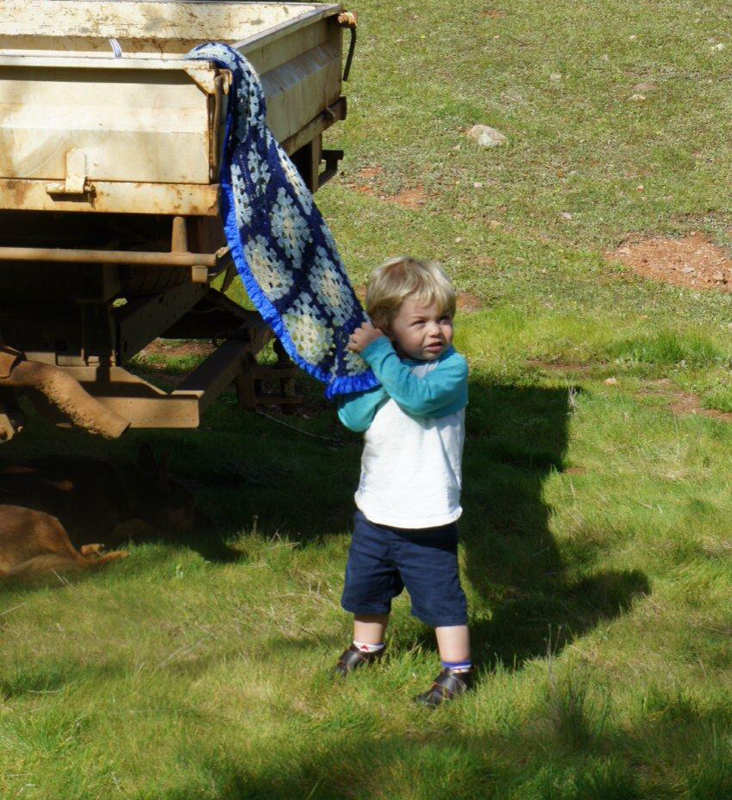 “With Mum, Dad, three grandparents, an Aunty an Uncle and my au pair here you’d think someone could help me with my ruggie” 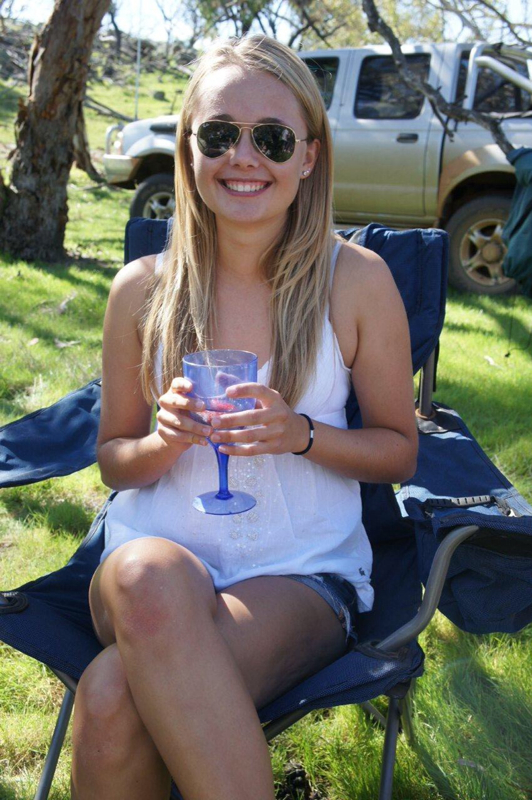