The silver (or should I say golden) lining..

In a year which has thrown more personal challenges at Wifey and I than usual one area of our lives that has been less of a stress has been Mulga Springs. Everything from the rainfall to the ram sale has been a good news story with this culminating last Thursday night when I received a typically verbose text from Kissa which read ‘Going 5 ton’.

For all you non-farmers out there this essentially means that the wheat crop is yielding 5 tonne of wheat for every one hectare harvested (4 tonne is deemed very good usually). While I couldn’t be sure, if I were betting man (which I most certainly am) I would be willing to wager a reasonable amount of cabbage that Kissa would have been sipping a can of Export with a slight smile on his face as he watched the yield monitor and sent that text all of which is entirely appropriate behavior for the first day of harvest regardless of some of the occupational health and safety concerns it might present.

That slight smile no doubt turned into a beaming one the next day when Wifey had the below ‘textasation’ with Kissa: 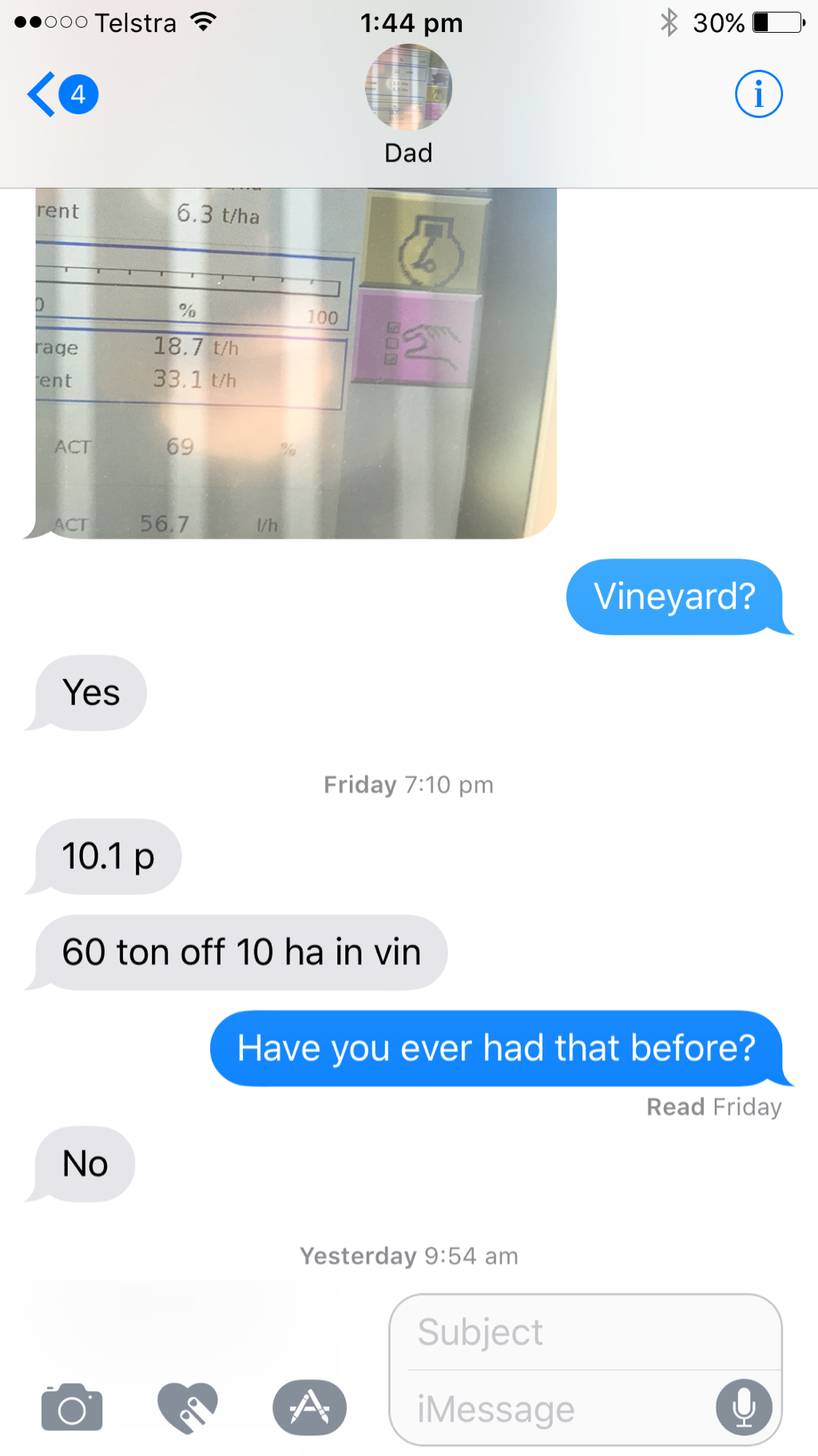 ​
NB: ASH, If you ever decide to read your Father’s rural ramblings I want to put this caveat in before writing the next paragraph. While quite obviously during your four trips to hospital in 2016 the main concern your Mum and I had was you getting better it did mean that everything else in our lives (other than ensuring ZCP wasn’t too neglected) came to a halt.

With ASH becoming unwell and then hospitalized at 6 weekly intervals since May I found myself taking increasingly longer periods of time off work and while my managers could not have been more supportive there were times when I was worried or even sometimes felt guilty about what impact my absence would have on projects I was involved with and my likelihood of success in the remainder of 2016.

Now a lot of you parents reading this are probably thinking “You callous, heartless bastard how could you even be thinking about work when your child was so unwell”. While to a certain extent I don’t necessarily disagree with you the reality is that life has to go on and that during the darkest times of ASH’s hospital stays thinking about something ‘normal’ like work was in fact a positive influence on my mental health at the time.

In relation to Wifey’s employers we had the added benefit of them also being ASH’s ‘Nanna’ and ‘Granna’ so their support, as was the support offered by my family, was unequivocal in nature. With ASH back at school and our new au pair having just arrived Wifey engaged recently in a couple of days of sheep work which while is probably not the best mode of employment for a 28 week pregnant woman did enable her to complete some long overdue work on the EID (Electronic Identification) project that Mulga Springs was selected for.

In relation to that project, while it is all going relatively smoothly Wifey did need to seek some assistance and in doing so encountered that rarest of mythical beasts in today’s day in age in the form of a ‘helpful Helpdesk’ so kudos to Department of Agriculture and Food Western Australia (DAFWA) and the commercial partners involved for providing that sort of service.
While having successfully dissuaded Wifey from engaging in anymore sheep work before BNT (Baby Number Three) comes along the decision has been made that Wifey will clock up a few hours in the header. Not for the first time I marveled at my Father-in-Law’s bravery ergo stupidity in suggesting that they would need the front end loader to get Wifey up to the header cab however at least he was joking (at least I think he was).
I will leave you with some photos of Mulga Springs in all it’s agrarian glory as well as one that indicates that apparently some people are in actual fact reading this blog….
p.s. Was thinking of you SIL as I put this slideshow together, hope all is well in Banana Bender county. 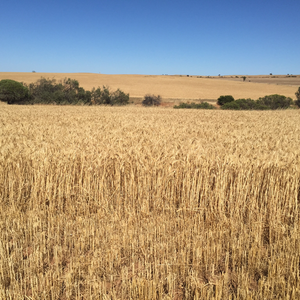 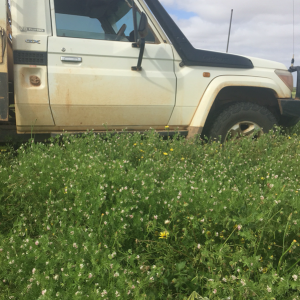 I thought this was a crop but apparently it is pasture, after all I am only a Farmer’s Husband. 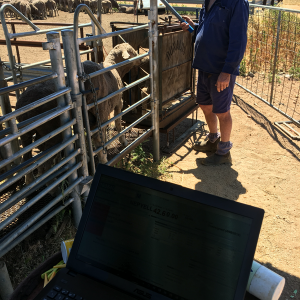 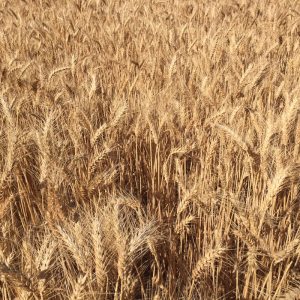 Just in case you missed the first two ‘crop shots’ 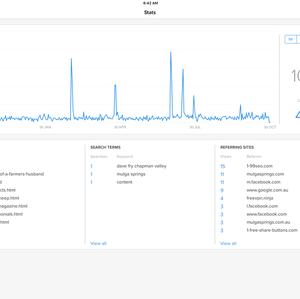 Who would have thunk it, thanks for the support. 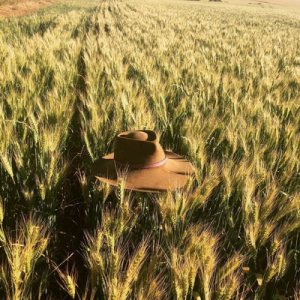 Highly scientific test of measuring the potential yield of a crop- if the hat stays on the top of the crop when you throw it in it will be a thumper. I think Kissa is in there somewhere. 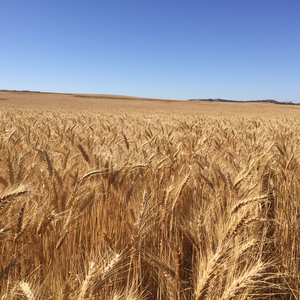 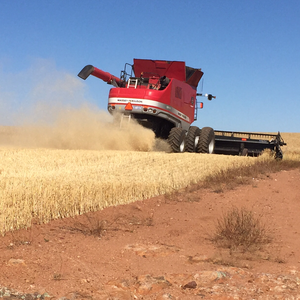 One week in and no breakdowns, yet. 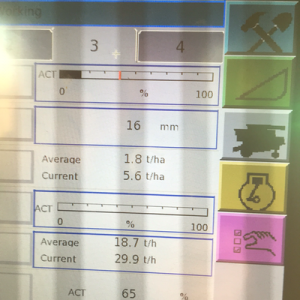