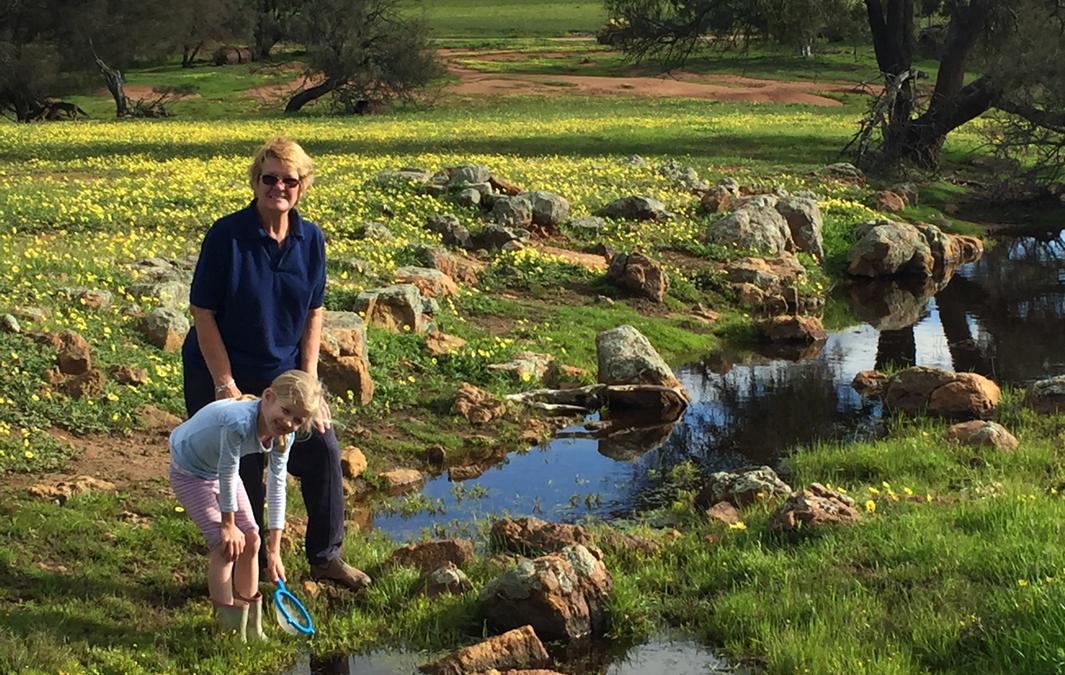 MIL and ASH enjoying the creek

As I pen this blog (although I suppose it is more accurate to say I am typing this blog) I find myself in a more reflective mood than usual. A contributing factor to this is no doubt the fact that I have been working in Broome for a few days, and for anyone that has spent time in the Kimberley you will understand the almost sedative effect this part of the world can have on one’s mood.

The other reason is that the older ZANALIE (the kids combo name) get, and as a result, the busier life becomes it stands to reason that the opportunities to spend time reflecting a.k.a. ‘Having some me time” become less and less. With the vast majority of my “me time” now spent in various Club Tarmac View’s around the country, DOAFH occasionally takes the place of a journal I used to keep so apologies in advance if this blog is even more self indulgent than usual.

The world of ZANALIE had several developments this week starting with AGie cutting her first tooth. ZCP also showed the first glimpses of the young man I hope he will become as he helped his Nanny load chairs into the back of a ute and ASH got into the swing of things by coming a cropper off (you guessed it) a swing and breaking her arm.

The break was not a bad one and we were in and out of the Emergency Department in under 3 hours which was a huge effort on the part of the amazing staff at Geraldton’s ED. In an odd way it was almost cathartic to spend some time in emergency with ASH suffering from nothing more serious than a broken bone after her torrid run in 2016. Evidently this was a view shared by one of the Doctors who remembered ASH from her admissions last year and confessed that he had lost some sleep over how unwell she had been.

My time spent in the waiting room of the ED provided me with the perfect opportunity to not only think of the title for this blog but also research “coming a cropper” (sad I know but in fairness they didn’t have Foxtel on the hospital TV) with the below definition proving to be of some interest:

The word crop derives from the Old Norse word kropp, which was the name of a hump or swelling on the body. The OED graphically describes a crop as a ‘swollen protuberance or excrescence’. This later modified into meaning any swollen or rounded item, for example, a bird’s gullet, the seed head of a ripe plant (the source of the word crop as applied to cereals etc.) or, spelled as croup, the rear end of a horse – also called the crupper.

While this definition provides me with more material to work with than a chain of Textile Traders the standout is undoubtedly the fact that until we start harvest I will be able to comment on how impressive the ‘swollen protuberances’ of our wheat crop are and be totally accurate!

That there will be a need to harvest at Mulga Springs is in itself a minor miracle after the entire district experienced a June and July that were drier than a Saharan sandpaper convention. Rainfall of 110mm and 50mm in August and September coupled with some cool weather have apparently led to what’s called a “soft finish” which is unsurprisingly a farming term I have not come across before.

On hearing the term ‘soft finish’ I immediately felt like somewhat of a Fuggle as I imagined it to be describing what a wall looks like having had a coat of eggshell blue paint applied or possibly how movies like the Notebook or Titanic end. In reality it refers to the weather leading into harvest being warm while not too hot with a reasonable amount of rain therefore allowing the crop’s swollen protuberances to fully ripen without any heat stress.

If I in fact needed any more evidence that cropping is an exact science heavily influenced by chance this season has provided it in spades so it will be with a modicum of relief my next blog will focus on the slightly less volatile world of Mulga Springs sheep. 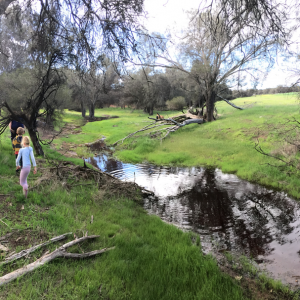 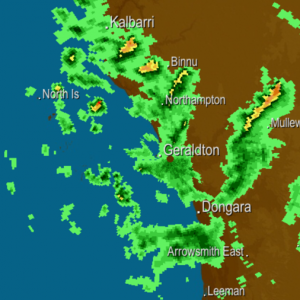 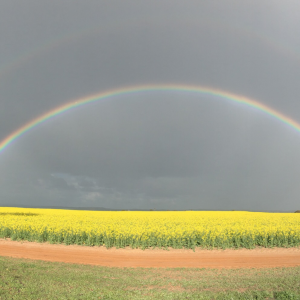 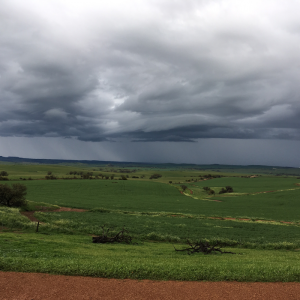 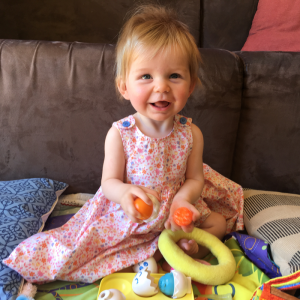 AGie trying to show off her first tooth 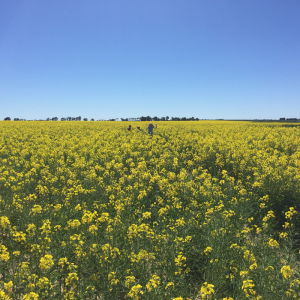 Kids in the Crop 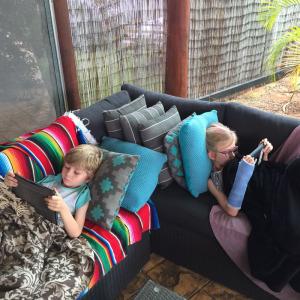 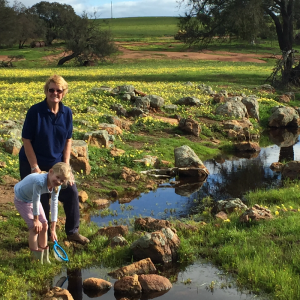 MIL and ASH enjoying the creek